Receive our featured stories, news, events, and videos in your inbox every month, subscribe here!
Are you a journalist? For press inquiries, contact Christine Lehner | +49 89 289 25439 | christine.lehner@tum.de 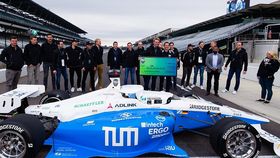 The Indy Autonomous Challenge was held at the Indianapolis Motor Speedway on Saturday – a race completely without drivers. Nine teams from universities around the world competed against one another with race cars controlled using Artificial Intelligence (AI). The Technical University of Munich (TUM) team made the best time with an average speed of 218 kilometers per hour. That won the young researchers first place and a cash prize of one million US dollars. [mehr] 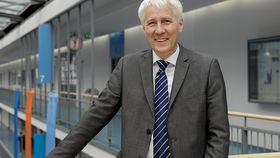 A team at the Technical University of Munich (TUM) has been working in the Providentia and Providentia++ projects to equip busy roads with advanced sensor technology. With artificial intelligence (AI), the data are digitally twinned to create a model of the real-world traffic situation. In this interview project leader Alois Knoll, a professor of Robotics, Artificial Intelligence and Embedded Systems, explains the underlying vision – and what needs to be done to keep pace with the future of digital mobility. [mehr] 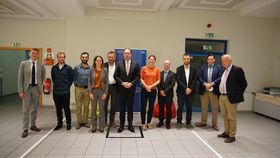 On Wednesday, September 29th, we welcomed the Minister of Economic Affairs of the Dutch province of Noord-Brabant, Martijn van Gruijthuijsen, together with various delegates to MSRM's facilities in Heßstraße, Munich. During the meeting, participants identified common interests and potential cooperation topics. Our guests got an overview of how TUM MSRM is facing societal challenges in the health and work sectors via lighthouse initiatives such as Geriatonics and KI.FABRIK and how the Technical University of Munich (TUM) is promoting ventures in robotics and AI in Bavaria via… [mehr] 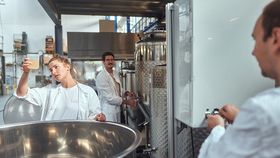 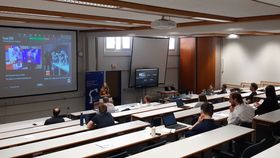 In the context of telerobotics, representatives from Vodafone and MSRM (new MIRMI: Munich Institute of Robotics and Machine Intelligence) discussed robotics and AI applications, where the 5G network has great potential for technological development. The workshop covered focal points such as assistive and medical robotics, environmental robotics, robotics for the factory of the future as well as learning systems and the Internet of Things (IoT). [mehr] 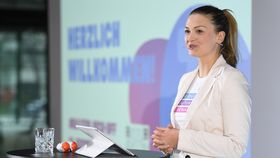 BayFiD – Bayerns Frauen in Digitalberufen is the initiative of the Bavarian State Minister for Digital Affairs, Judith Gerlach. The initiative aims to establish a network of female digital professionals, where those who already have a successful career can help young women to achieve the same. This year´s event on the 21st of September 2021 was the Kick-off Event of the third generation of young women talents, the so-called Batch3, and the overall topic was “Artificial Intelligence”. To that end, some Members of the Bavarian AI Council were invited to speak in a panel… [mehr] 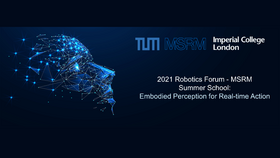 During three days, PhD students from the Technical University of Munich (TUM) and Imperial College London (ICL) will have the opportunity to get an overview of the research carried out by various chairs at TUM and ICL on the subject of "Embodied Perception for Real-Time Action", find solutions to robotics challenges, visit colleagues' laboratories, and strengthen their research network. [mehr] 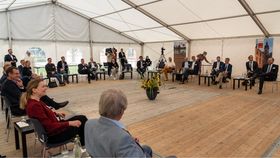 The Speinshart Monastery in the Upper Palatinate district of Neustadt an der Waldnaab could become the location for an international AI science and meeting center. The Bavarian AI Council, advisory committee that includes outstanding representatives from science and business as well as international AI experts among which are the MSRM (new MIRMI) members Prof. Alena Buyx, Prof. Alin Albu-Schäffer, Prof. Fabian Theis, and Prof. Sami Haddadin, spoke out in favor of this in its first meeting held on 15.09.2021. [mehr]

Students from the Bayerische EliteAkademie visited two MSRM labs located at Heßstraße 134 in Munich. They learned about embodied AI and discussed with experienced researchers the opportunities that human-centered robotics and AI will open to their future career paths. [mehr]

Attention entrepreneurs and tech talents! You always wanted to be part of a leading high-tech metropolis? Take a deep dive with TUM into Munich’s founder scene and join the virtual Munich Global Impact Sprint! [mehr]