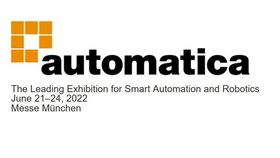 Would you like to listen to the world’s leading robotics experts or experience hands-on presentations of current robot models? Discuss the outlook of future industrial production or converse with AI specialists? Whatever visitors may be looking for—above and beyond the world's most comprehensive overview of automation technology components and systems: automatica, which will be held in Munich from June 21 to 24, has a supporting program that will live up to their expectations. [weiterlesen] 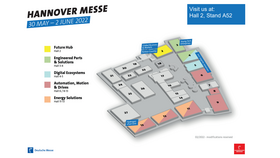 At this year's Hannover Messe (May 30 - June 02, 2022), MIRMI will have its own booth for the first time. TUM and MIRMI are jointly organizing the trade fair participation to present a new TUM-wide industry program to the general public there: the TUM Industry Engagement Program (TUM IEP). [weiterlesen] 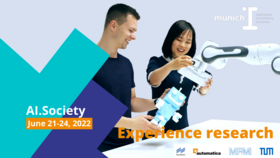 Around 30 demonstrators from the Technical University of Munich, TUM's Munich Institute of Robotics and Machine Intelligence (MIRMI) as well as selected start-ups and several projects' partners will present their latest innovations in the munich_i / AI.Society exhibition area during the automatica conference from 21. to 24. June, 2022 in Hall B4 at Messe München. Additionally, 20-minute live talks will take place on the i_space stage of munich_i every day from 11:00- to 12:30. Tickets are available now. [weiterlesen] 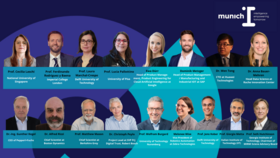 The munich_i Hightech Summit is the highlight of the automatica’s support program and will be held on June 22, 2022. Under the theme of ‘intelligence empowering tomorrow’, leading international technology drivers along with pioneers from science and industry will present their innovations, findings, and megatrends regarding the interaction between human and artificial intelligence, and responsible technological change. Minister President Dr. Markus Söder will open the Hightech Summit within the framework of a state reception at the Munich Residenz Palace on the previous evening. [weiterlesen] 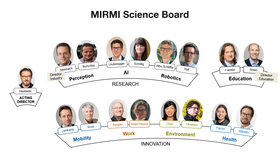 MIRMI announced during the MIRMI General Assembly on May 05. that 7 out of the 16 members in its Science Board changed their role as sector leaders. The Science Board is composed of leaders from the Integrative Research Institute's sectors of Health, Work, Environment, Mobility, Robotics, Perception, Artificial Intelligence, and Education. The past and new members of MIRMI's Science Board can be found in this article. [weiterlesen] 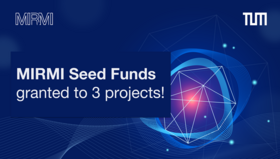 MIRMI will provide seed funding for three projects within the first round of MIRMI Seed Funds. The MIRMI Scientific Advisory Board (SAB), an independent organ of MIRMI composed of leading academics in the field of robotics and artificial intelligence from different universities across the world, reviewed and selected the best proposals. The idea is to foster joint projects at the initial stage to support innovative and ambitious ideas within a broad variety of topics in the field of robotics and machine intelligence. [weiterlesen] 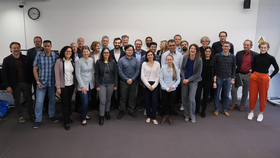 MIRMI organized its first General Assembly, to which Principal Investigators, MIRMI Lab coordinators as well as the Institute's administrative team were invited. The forum took place on 05 May in MIRMI's temporary premises at Georg-Brauchle-Ring 58, 80992 Munich. The General Assembly is organized twice a year and provides an opportunity for members to participate in strategic discussions, interact with the MIRMI team, learn about the benefits of MIRMI and discuss the challenges to achieving the ambitious goal of conducting joint research. Highlights of the event included first-hand updates on… [weiterlesen] 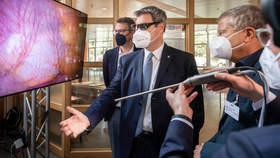 The objective of the Technical University of Munich (TUM) lighthouse project "Digitaler Herz-OP" ("Digital Heart Surgery") is to enable more precise and lower-impact treatment of heart disease. Physicians and engineers at the German Heart Centre Munich (DHM) and the Munich Institute of Robotics and Machine Intelligence (MIRMI) are working together closely in a leading-edge partnership to jointly develop new high-precision instruments for the operating room, the cardiac catheter lab and the intensive care unit. Oriented towards clinical challenges, innovative sensor data fusion, AI-augmented… [weiterlesen] 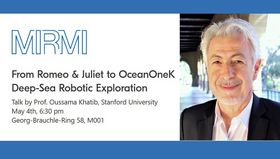 On Wednesday, May 4 at 18:30, Prof. Oussama Khatib (Standford University) will give the lecture titled "From Romeo & Juliet to OceanOneK Deep-Sea Robotic Exploration" at the Munich Institute of Robotics and Machine Intelligence (MIRMI). OceanOneK is a robotic diver with a high degree of autonomy for physical interaction with the environment while connected to a human expert through an intuitive interface. The robot was recently deployed in several archeological expeditions in the Mediterranean with the ability to reach 1000 meters. Distancing humans physically from dangerous and unreachable… [weiterlesen] 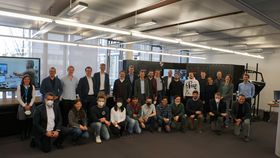 On April 7, 2022, the biannual meeting of the Industry Advisory Board (IAB) with the Science Board took place in the interim premises of MIRMI at Georg-Brauchle-Ring. A total of over 30 participants from industry and the MIRMI community learned about the MIRMI highlights of the past 6 months, the concepts for new "Innovation Sectors" in the field of Environment and Mobility in MIRMI as well as the latest technological and political developments in the field. [weiterlesen]